Goa, the Indian state on its southwestern coast was under the rule of the Portuguese for around 450 years. While the rest of the country got its independence on 15 August 1947 from British rule, the people of Goa were still suffering under Portuguese rule. The state’s struggle for independence is the forgotten war for freedom. The fight for freedom in the state started on 18 June 1946 after Dr. Ram Manohar Lohia and Dr. Juliao Menezes decided to defy the ban on public meetings in the state. While the first civil disobedience movement was quashed by the Portuguese, it inspired the people of Goa to fight for their independence.

The state continued to be under the control of the Portuguese until 1961 even though India attained independence 14 years ago. This is because Portugal was a part of the North Atlantic Treaty Organisation (NATO) and the Indian government didn’t want to get into a conflict with a NATO nation. However, when the Portuguese fired at Indian fisherman and tried to take villagers as hostage in November 1961, the then Defence minister of the country Krishna Menon urged Prime Minister Jawaharlal Nehru to use force and regain the state. As many as 30,000 Indian troops were sent to the state to regain control as part of a plan named ‘Operation Vijay’. They were fully supported by air and naval forces. Once the armed forces sent, the state was liberated from Portuguese rule within 48 hours.

We have worked hard to give you the best buying and selling app. If you have any suggestions or feedback, we would love to hear from you!
info@glxlocal.com 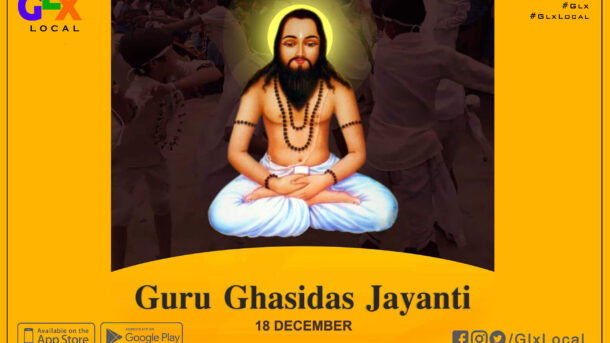 Guru Ghasidas Jayanti is an important day that commemorates the birthday of the renowned Guru Ghasidas who was born in the year 1756. It is a regional holiday in the state of Chhattisgarh. He is renowned for his philosophy of social equality.

Guru Ghasidas is the teacher or guru of the Satnami sect or Satnampath, which is similar to Sikhism. He spent a great deal of his life in the forests of Chhattisgarh. Ghasidas was born in the district of Girodpuri. After having experienced the evils of the caste system since childhood, he had made up his mind to establish a new way of living that was based on equality. He travelled extensively through the length and breadth of the Chhattisgarh area to understand the social structure and caste system prevalent at the time and to find solutions that would put an end to it. After his death, his teachings were propogated by his son, Guru Balakdas. He was married to Safura Mata. He had two other children, Guru Amardas and Sahodra Mata. His parents were Mata Amarotin and Mahngu Das.